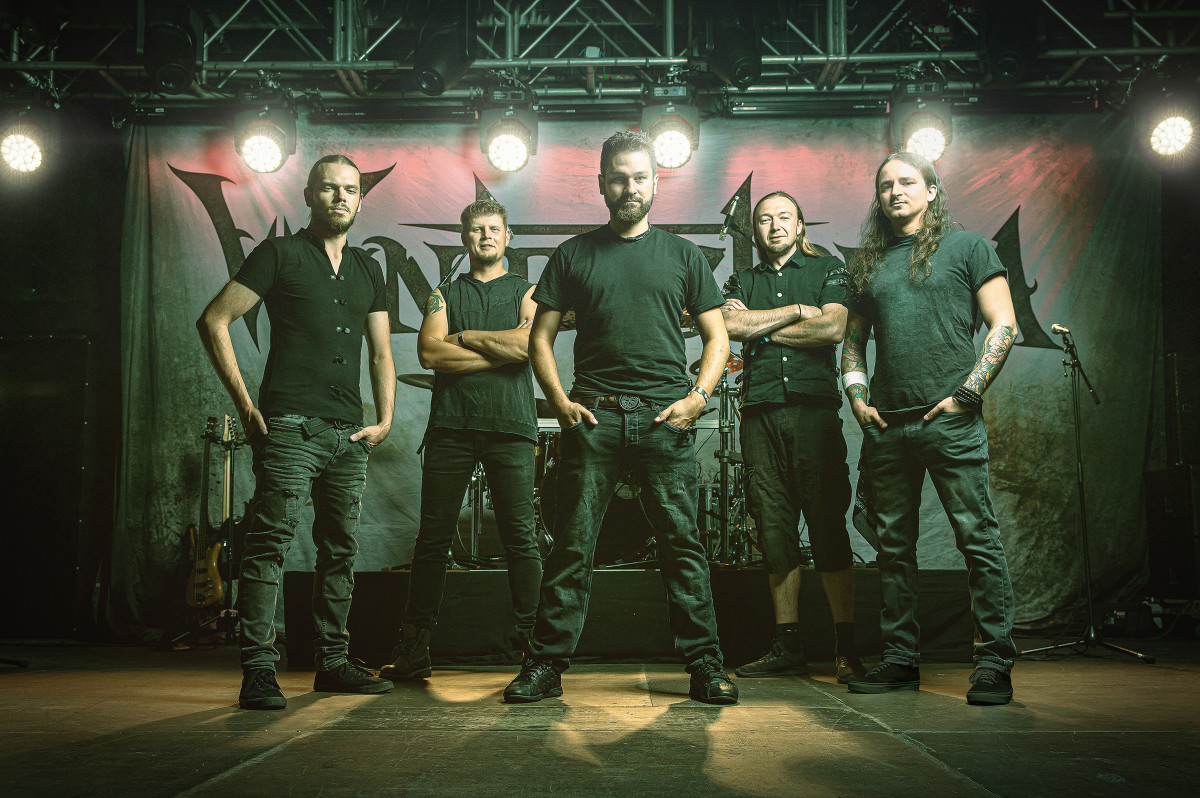 „A coming storm“- this is the motto by which the five young musicians have been storming the German metal-scene successfully. And within only two years they have managed to play at the Wacken-Open-Air, just in time for the worldwide release of their second album “Kings will fall”.
Their aim is to enthral their fans with their passionate music. They want to contribute a new sound to the metal scene, which not only inspires inveterate metal fans. It soon became clear that exactly the right people had met after years of experience with other projects to assault the hall of fame of Metal together.
In the songs of Winterstorm there is always a distinct melody in the foreground, which is reflected in catchy choruses, a variety of instrumental tunes and manifold part singing.
Distinctive elements of various styles of Metal are amalgamated and given a new interpretation. Elements of Power, Viking and Folk are combined with elements of the Middle Ages and Epic Metal, which together appear in a new splendour.
This makes up an explosive mix, which goes down well with younger and older fans.

So then, raise your horns and be prepared – the Winterstorm is coming up!