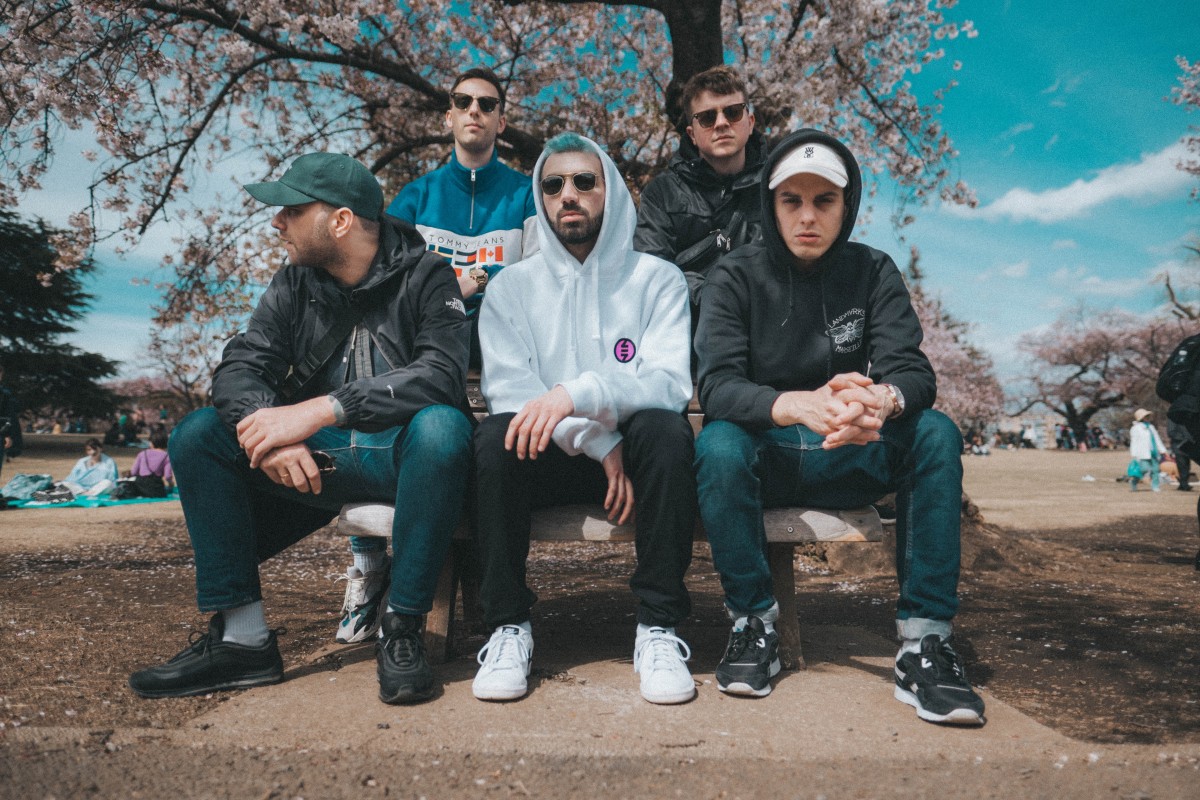 The LANDMVRKS adventure first started in 2014, originally under the name ‘Coldsight’ for the first few years.

Florent Salfati and Nicolas Soriano founded the project with effort and determination, and started looking for motivated and experienced musicians. This motivation would be the key to then drive the band towards creating a completely unique universe

At first Florent Salfati played the guitar – back then he was the singer for Hate In Front. The band struggled to find a singer that would fit the band’s universe. The lineup was almost complete after Rudy Purkart (bass) and Thomas Lebreton (Guitar) joined the band.

In 2014, after testing various singers without success, the band decided that Florent should become the frontman.

At the time, they also asked their mate Nicolas Exposito (ex Where Eagles Dare, Straighten Things Out) to take the position for the vacant guitarist.

The final lineup was there, and that is when the band’s name changed from Coldsight to LANDMVRKS.

For two years, the band composed songs, recorded and started playing local shows by sharing the bill with bands such as First Blood, More Than Life and little by little, LANDMVRKS started making a name for themselves in the French metalcore scene.

During this time, the band releases a few singles and videos to help build up their fan base.

In May 2016, LANDMVRKS released their first album HOLLOW entirely produced by Florent Salfati and Nicolas Exposito. They decided to release this album independently, and went touring on the roads of Europe to showcase this opus.

They seduced their public with a modern metalcore style with hardcore riffs and catchy choruses. This album helped them play big festivals such as Hellfest in 2016 or Longlive Rockfest, and they managed to strengthen their reputation.

In 2018 the band signed a contract with Arising Empire records for their second opus.

The second album has a more mature approach and the band delivers a richer result, with more definition and definitely take their influences in hardcore and 90s punk-rock.

The band comments: ‘we are very happy with the result, this album is the fruit of almost 3 years of intense work and we think we managed to get our music where we wanted to take it.’

Fantasy and Scars are the first two singles taken out of this second opus and demonstrate well how the band has managed to build their name and assert its own style.