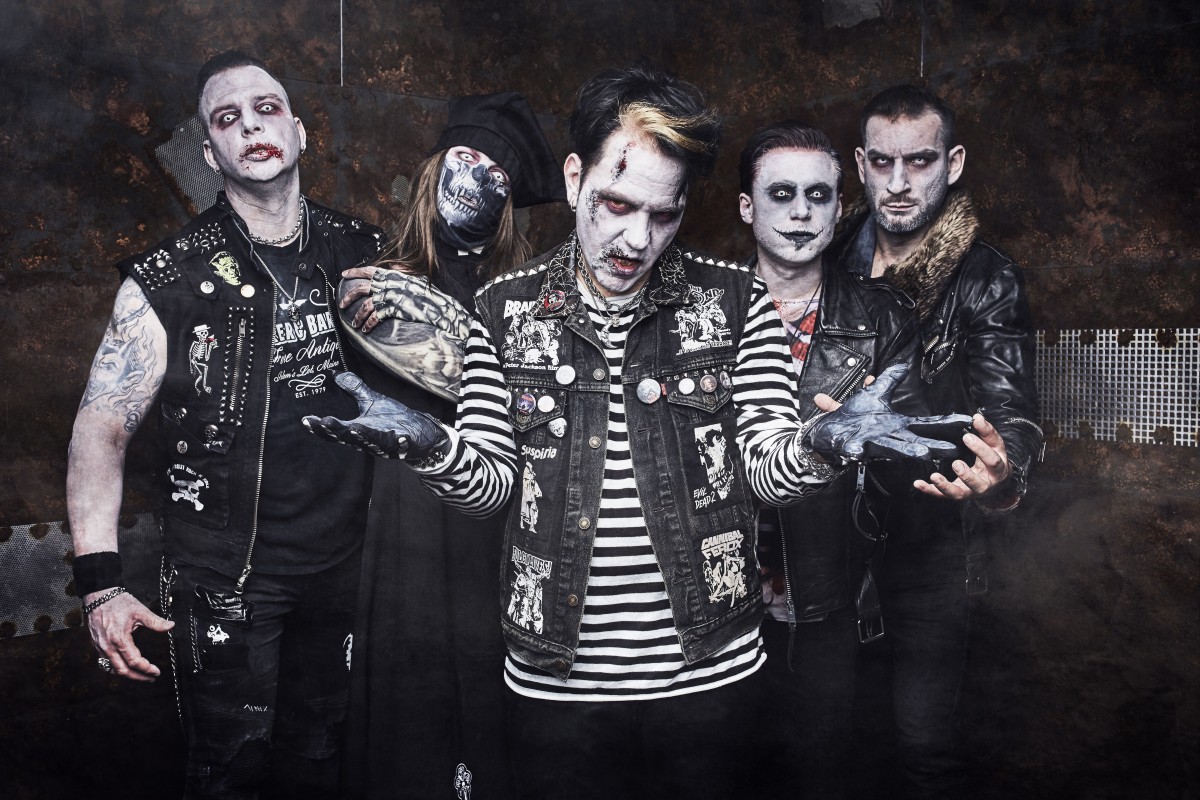 Bloodsucking Zombies from Outer Space – a name, to which there is not much left to add. At least to all that, what inevitably unfolds in your mind’s eye: zombies, massacres, and the apocalypse quasi – that much is clear.
However, the idea of a zombiesque horror show not even closely pays tribute to the four protagonists: Dead „Richy“ Gein (dr, voc), Mr. „Jim“ Evilize (guit), Dr. „He-Man“ Schreck (bass) and Reverend „Bloodbath“ (guit, keys) are not grotesquely painted puppets, rather a sophisticated stage quartet, which has much to offer to both the eye and the ear. Accordingly, it is pretty hard to classify them as a specific genre, as they serve various ones. To put it all in a nutshell, let’s call it Horrorbilly – and having establishing a new musical genre only a few musicians can claim. The conceptual stage show, the perfect musical interaction and all the fun that this not entirely earthly troop has been having in the original lineup for almost 15 years now, are probably responsible for ensuring a steadily growing fan base, sold out shows and ongoing success. This was rewarded in 2015 with the awarding of an Amadeus Austrian Music Award in the category “Hard & Heavy“.

Categorisations of the Bloodsucking Zombies from Outer Space are not that easy, as mentioned earlier. Although their by now eight albums and six EPs reflect a ghoulish tone wrapped in a sheath of splatter-humour, a certain musical diversity cannot be denied. The balancing act between dancing pogo to „Monster Mutant Boogie“ and singing “Der Kopf deiner Mutter” in Viennese dialect is a powerful and daring one. The good thing about it: it has worked out and is still going on!
Not only over here but across the stages of the European continent, whether in Finland or in Germany – the masses were immediately beguiled with the Zombie spell.
Besides they also decided to start their own label “Schlitzer Pepi Records” in 2011, on which in 2015 their album „Mörder Blues 2 – Die Rückkehr Der Pompfüneberer“ was released, with which they entered into the Austrian album charts for the first time. The musical Zombie Apocalypse has therefore already begun and the only thing you really have to fear is to perhaps also fall under their spell.
„Stay wild, sick and undead!“